“Where you can’t reach” receives the Honorable Mention in the Official Section of the 6th edition of the Festival Nacional de Cine de Huánuco (Fenacine). Which will be held from 11 to 15 December 2019 in Huánuco, Peru. 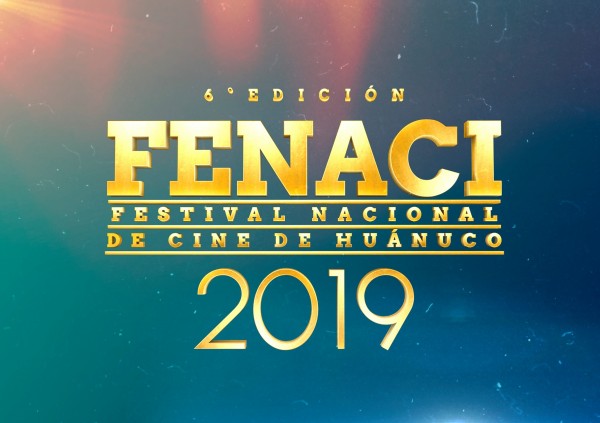 The National Film Festival of Huanuco, aims to disseminate and promote the Peruvian film industry and in general the audiovisual industry of Peru, Latin America and Europe, hosting the meeting of its various professional sectors and enhancing its national and international development. 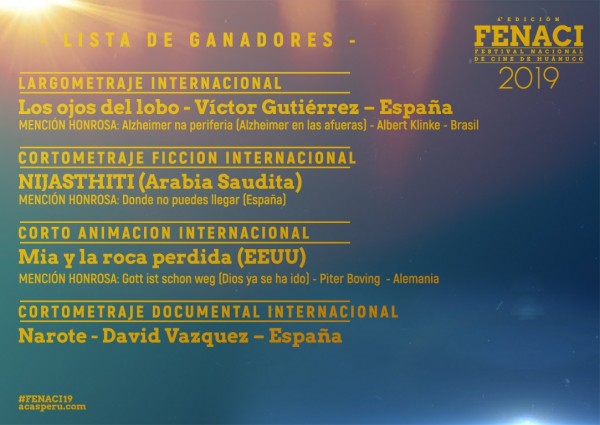 This cozy city received important personalities of the seventh art of national renown among them the actresses Mayella Lloclla, Cindy Díaz, Lisset Burga, the actors Gerardo Zamora and Alain Salinas, the directors Carlos Marín Tello, Wilfredo Medina Padilla and Jhonathan Mallma, the producer Jefry Vásquez, the film critic Gabriel Quispe, as well as students, teachers and the general public who identify with the valuable art of Peruvian cinema. 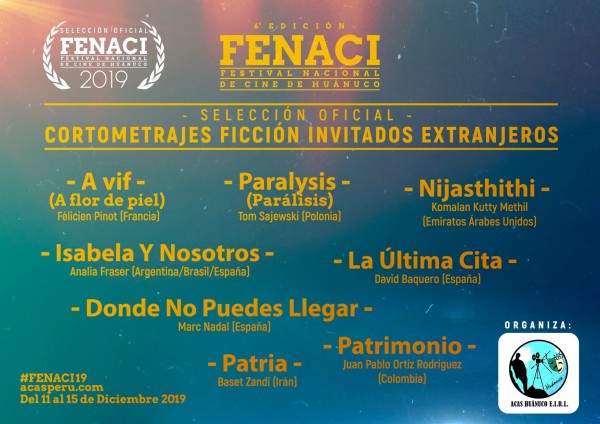 
It was indicated that the official awarding will be in February in the environments of the Ministry of Culture in Lima, for which the organizers of the festival ask the authorities and private companies to support this cultural activity. 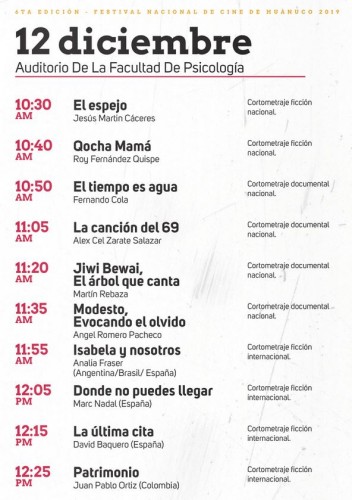