Good news from Chile, I’am glad to receive the Best Social Short Film Award and the Best Actor Award for “La condena” in the 3rd edition of the CIFA Festival - Concepción Independent Film Awards, a festival that took place in Concepción, Chile, from 07 to 11 August, 2017. Thanks to the festival for believing in us! 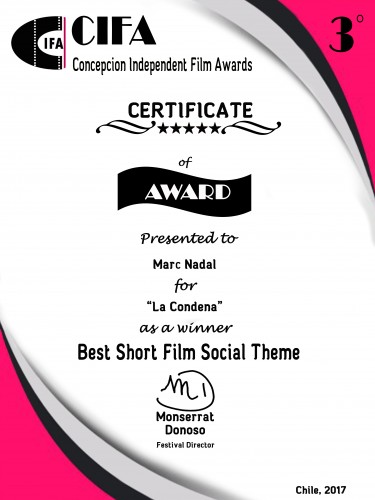 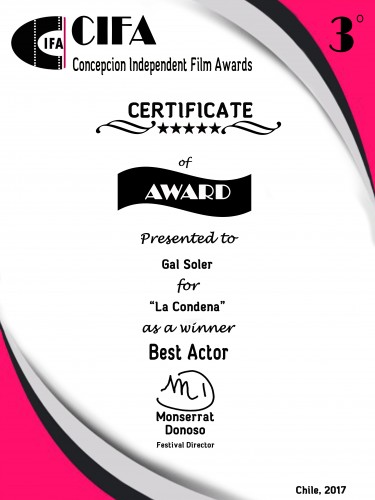 The independent film festival of Gran Concepción reaches its third edition, with the mission of showing good cinema for a week to the region of BíoBío, to Chile and to the whole world. The festival tries to provide a social perspective of the cinematographic production, nevertheless, it is not limited only to this subject, but it offers a range of themes and genres for the enjoyment of lovers of the seventh art.