Our mission is to guide, educate and support community interest and participation in the entire filmmaking process with the support of volunteers and professional filmmakers from all disciplines. We offer hands-on educational opportunities to community members interested in movie making. We are supported entirely by workshop fees, special events/fundraisers, grants, corporate sponsorships and private donations. 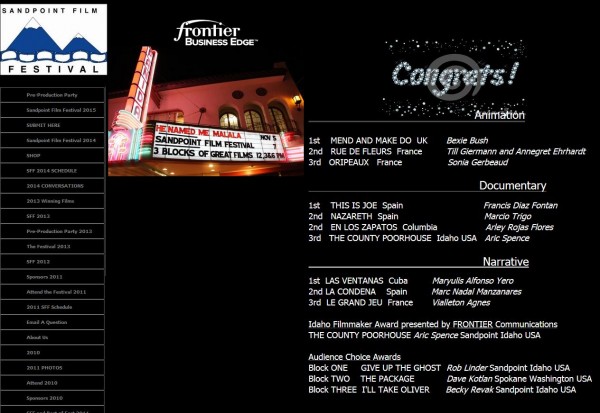 Sandpoint Film Festival is a one day short fest that opened in 2010. Created by Sandpoint Films, in 2010, the group is a 501(c)3 organization. Sandpoint is located on beautiful Lake Pend O Reille in N. Idaho. Schweitzer Mt. Resort is just nine miles up the hill.