It’s an honor to receive the Award: Best International Fiction Short Film, for “Ciudadanos” at Fotofilm Tijuana International Festival, section Visual Jukebox. The festival was held in July 2017 in the Esplanade space of the Tijuana Cultural Center [CECUT]. 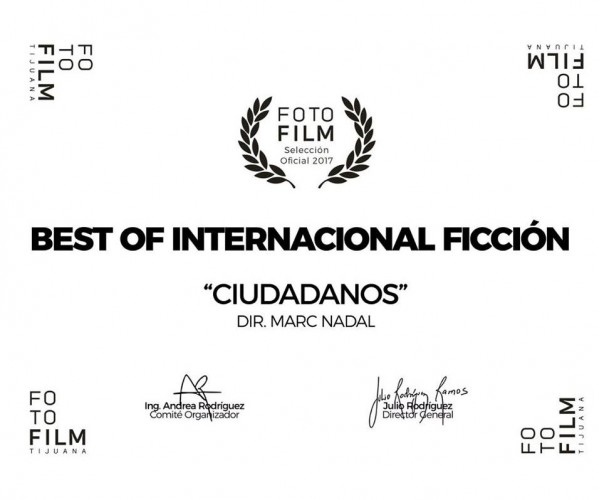 In April, May and June more than 250 short films were received from countries such as Italy, France, Spain, Montenegro, Bangladesh, Russia, Greece, Colombia, Venezuela, Brazil, Israel, Portugal, Bulgaria, Taiwan, Turkey, United Kingdom , United States, among others, to be chosen as part of the 2017 Official Selection of FotoFilm Tijuana.

72 short films were screened on the Jukebox Visual during the weekend of FotoFilm Tijuana, in a movie theater mounted on the esplanade of the Tijuana Cultural Center, where the public enjoyed the talented work of international directors and could vote for their favorite by category. 12 short films were proclaimed by the public as the best in their category. 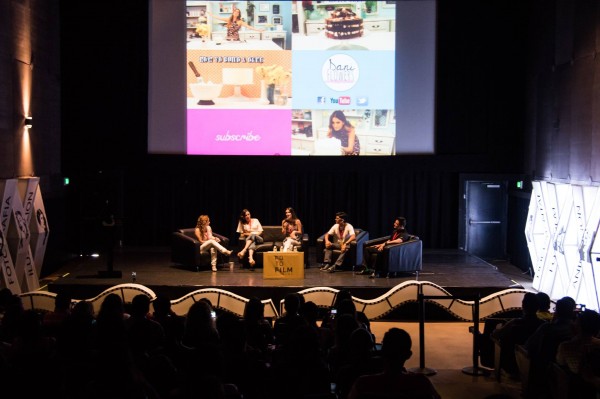 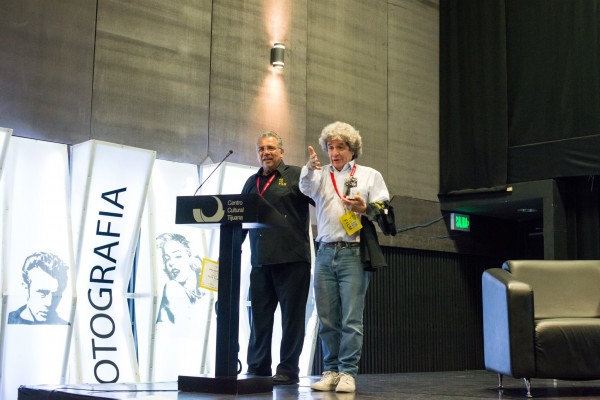 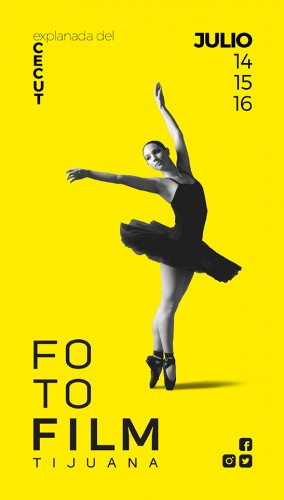 Modernity has made the visual arts such as photography, video, film, accessible artistic expressions so that we can all develop them even in our daily lives, in a simple and free way. This accessibility has provided us with both interest and sensitivity, allowing us to transcend along with them.

FotoFilm Tijuana will be the cultural festival in which the talent of our binational region will be exhibited, promoting the participation and inclusion of all artists, enthusiasts, entrepreneurs and other exhibitors of these disciplines, from pre-production to post-production.

The CECUT esplanade will be the focal point of this meeting on July 14, 15 and 16, to which the general public will be invited to appreciate the talent of our artists with experience and to discover emerging artists.

CIUDADANOS TRAILER
The lack of jobs leads citizens into an emergency situation that pits them against each other. In the face of violence and injustice citizens like Noe suffer from the absence of effective laws.